with Pascale Leclercq and Bernard Gaudinet 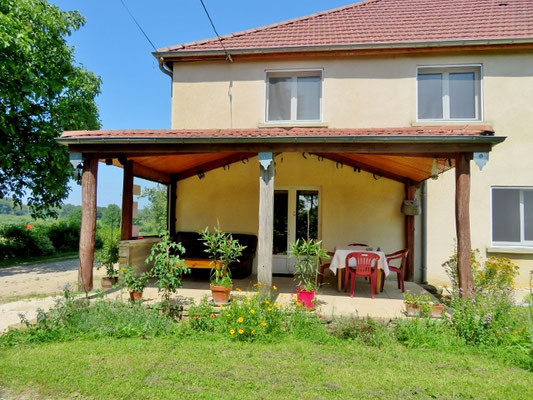 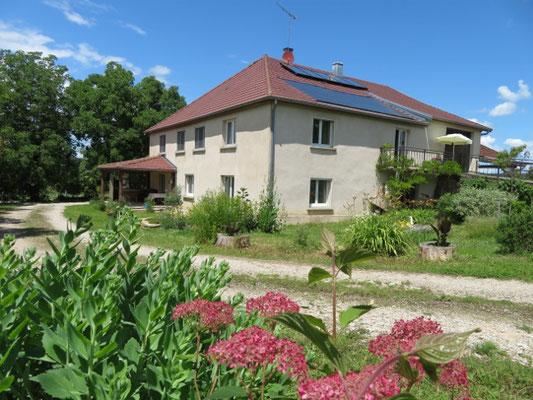 We welcome you in our house in the Haute-Saône in Liévans in Franche-Comté.

Liévans is a village of 155 inhabitants located 15 km between Vesoul and Lure.

In the heart of the Haute-Saône, halfway between the first limestone plateaus of the Jura and the Vosges saônoises with its Plateau des 1000 étangs, you will discover an undulating landscape where forests and meadows are very present.

You will encounter an authentic and peaceful countryside where animals graze. At the bend of the paths and small roads, you will appreciate the very varied micro-landscapes with a view of the Vosges and vast horizons. In some places you can even see the Swiss Alps.

You will find many small villages 2 to 4 km apart with a growing and rejuvenating population.

I am originally from Paris and I spent all my holidays in the South Finistère in the countryside near the ocean until I was 19. I am by nature curious, a researcher, an observer, a discoverer, a traveller... I have had several jobs and it's not over yet !

I left the Paris region for the Haute-Savoie in 2005. A desire for the mountains.

I did a sort of "Tour de France" with my own style, from the point of view of a return to rural life. A trail game, places to live and projects from 2010 to 2015 which took me to Haute-Saône, then to Charente. I came back to Haute-Savoie, then again I chose Haute-Saône. I didn't know Bernard yet. All this while writing a sort of logbook almost every day, following the course of the thread and crossing many criteria of choice. A game of chance! I started my involvement in the territory in 2015 and the construction, co-construction of this new life here.

I am originally from the village of Liévans, from a farming family.  I left school at the age of 20 to return to the family farm. In 1981, I set up as a dairy farmer. From the moment I set up, the future of agriculture and the future of our rural areas have been of concern to me and have led me to become involved in various trade union, professional and association commitments and responsibilities (mayor and other bodies). I switched to organic farming in 2005 and one of my three daughters settled on the farm in 2010. A few years later I left the farm and continued my activities as a member of associations and elected representatives. I like to discover and to make discover, I like to undertake and I realize activities and projects with motivation, passion and collectively.

Our meeting is a combination of complementary dynamics. Our different origins and lives, our common interests and passions give us the desire to share, to discover with others, to enrich each other...

We are happy to welcome you, to advise you on how to discover the area and to share moments of conviviality together.